Places of interest around Tavira Town

When you rent our holiday apartment in Tavira you will be able to walk from the apartment and explore everything Tavira has to offer. 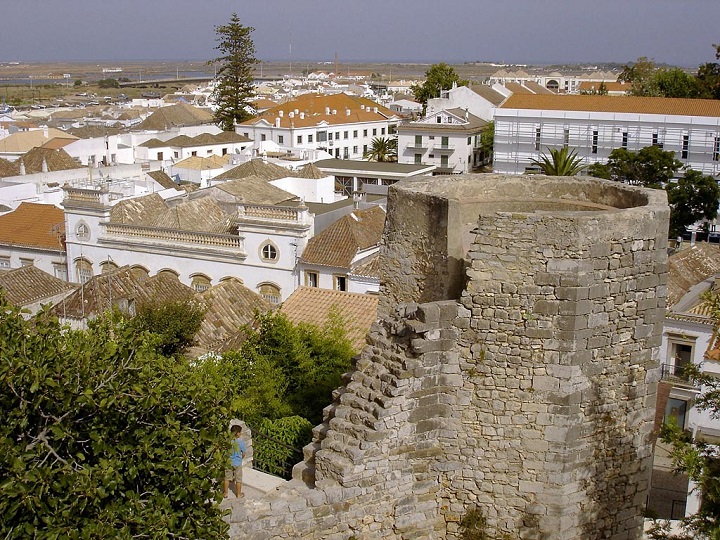 The origin of Tavira goes back to 2000 B.C., during the occupation of the Algarve by the Moors. Tavira was of great importance then because of its fishing and fish salting industry.The Castle of Tavira (locally known as Castelo de Tavira) lies in the town historic centre. It’s unknown when the first castle at this site was built. Sources say in the VIII century B.C., a fortress was already being rebuilt by the Phoenicians in that place. The actual castle however probably dates back to the XII century. 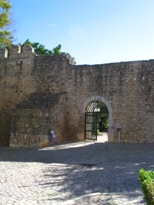 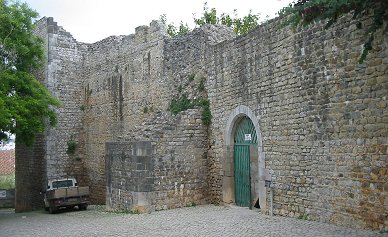 There was a castle there when the town was conquered from the Moors on July 11 of 1239 by King D. Paio Peres Correia during the Reconquest of Algarve. In 1242 the castle was granted, by D. King Sancho II, to the Order of the Knights of Santiago who renounced this donation 30 years later. In 1293, and due to the importance of Tavira in the defence of pirate attacks, King D. Dinis ordered the remodeling and reconstruction of the Castle. In the 1755 earthquake the castle and town were massively destroyed.

Tavira Castle now consists of the remains of two square towers, one octagonal tower and walls on three sides. None of the towers possess the characteristics of a keep although there surely must have been one. In the interior of the Castle there is now a small garden which is a lovely place to find a little shade on a hot summers day. 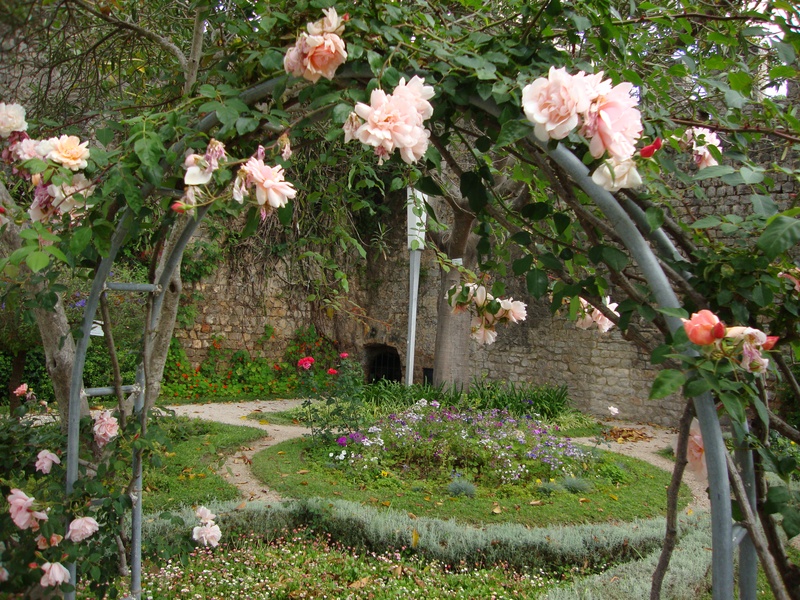 You can climb to the top of most of the walls and towers and enjoy the wonderful views of the town. The castle can be visited, for free, during the daytime until 5:00pm. 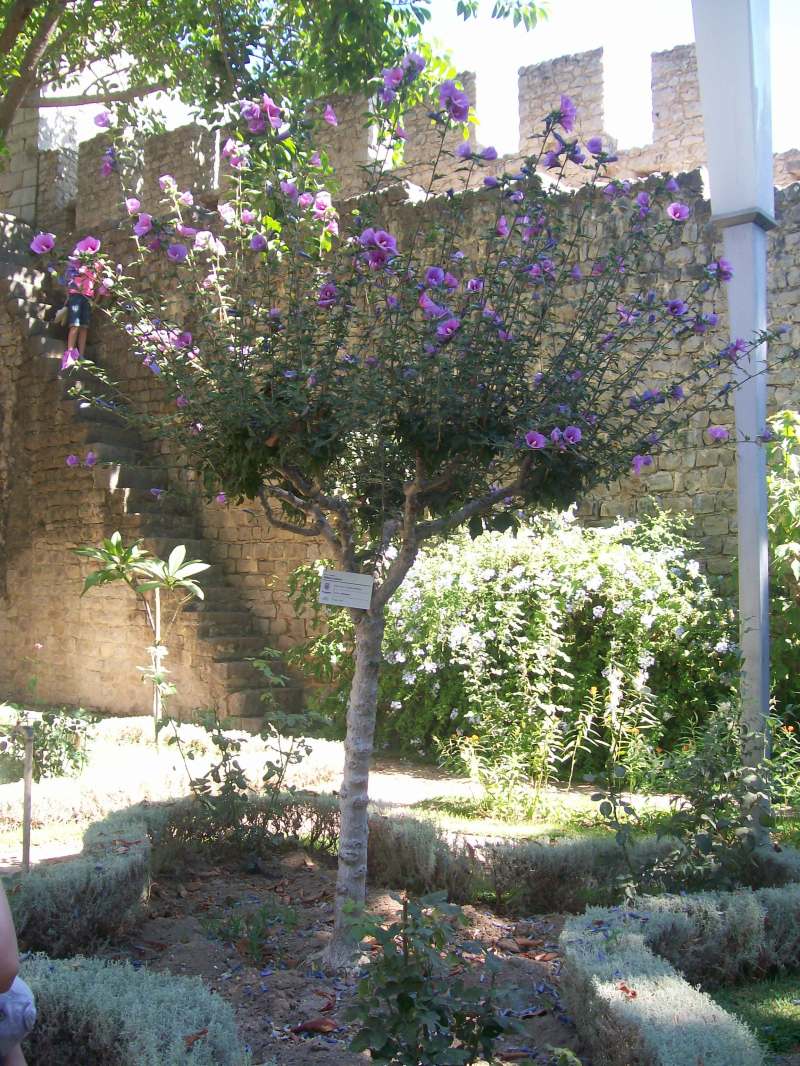 There is a local legend which talks about  the existence of an enchanted Moorish female, who appears crying  on the night of St. John (24th Of June - main city festivity). She would be the daughter of Aben-Fabila,  the Moorish governor who disappeared by magic after enchanting the daughter, when Tavira was conquered from the Moors. The story tells the Moorish governor intended to return, to conquer Tavira again and ransom his daughter, but he never did. 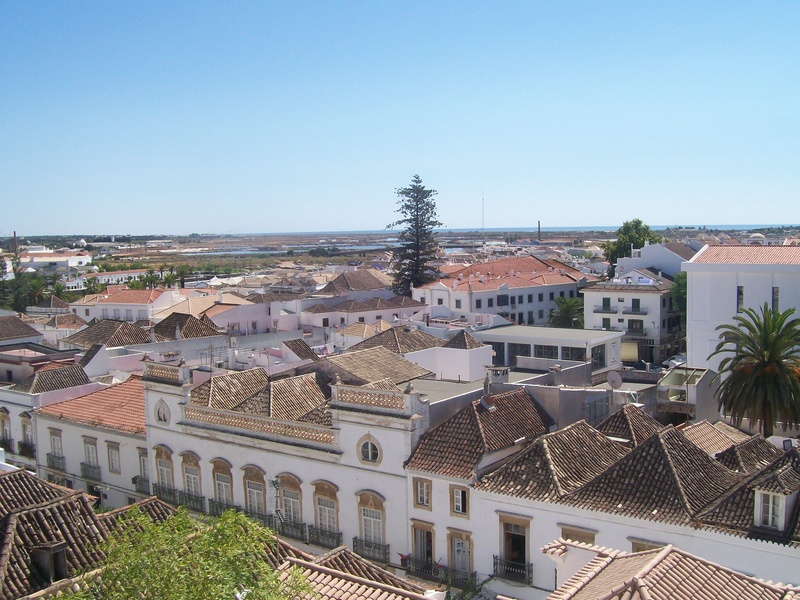 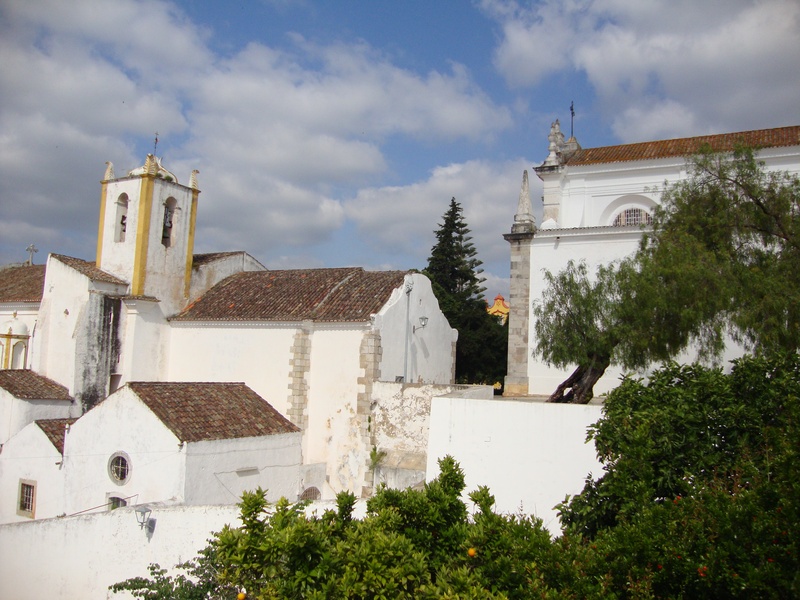 Situated in a disused water tower a trip to the camera obscura is a great way to get your bearings in Tavira-it gives a fantastic real time 360 degree view of the town.Opened in 2004 ,Clive Jackson ,himself an astronomer it takes just 12 people at a time up in the lift to see the camera. 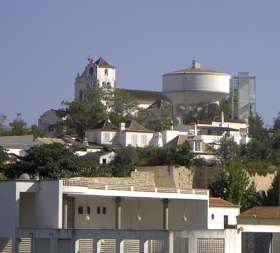 The camera obscura (dark chamber) is a vintage old optical device used in drawing, and one of the ancestral threads leading to the invention of photography. Photographic devices today are still known as "cameras". In the big tank on the top floor a wooden structure is created on which a max of 12 visitors at a time can gather round a concave projection screen with a diameter of 3 meter. On this screen an image of Tavira and its surroundings is projected. The light enters the tank from above via a contraption which can be rotated by remote control. In the contraption are the lenses and a 45˚ mirror. The focal length of the ‘camera’ is 4000 mm. The depth of focus is limited, so to focus on things nearest to the lens, the projection screen is lowered electrically.
Together with the explanation of the polyglot guide a visit to the Câmara Obscura is a very enjoyable experience. And its very nice to again realise how photography started life.

Apart from the Camera Obscura, Clive Jackson and his wife Glória set up the only astronomical observatory in the Algarve in Malhão, where they also live: it had ten or so telescopes and a number of planetaria. 10 years ago, the couple founded CDEPA – the Casa de Estudos para Astronomia and they welcome everyone from pupils from Algarve schools to scientists from all over the world who were keen to experience the beauty of the unique night sky there. Sadly in 2010 they had to close the observatory due to the downturn in the economy and also the increase in light pollution.The model planets from the observatory can now be seen at the camera obscura.

Click here to read an article about Clive Jackson

Tour of Tavira by Mini Train

Another way to get an overview of the town is to take the mini train tour which is especially fun for children. 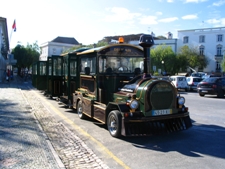 The train runs hourly from 10-7pm from the Praca de Republica, the trip lasts 40 mins, costs €3 and covers all the main attractions.The train stops up at the castle and you can get off for a look around the garden and then get back on for the rest of the journey.During June the train runs until 8pm and in July and August until midnight. 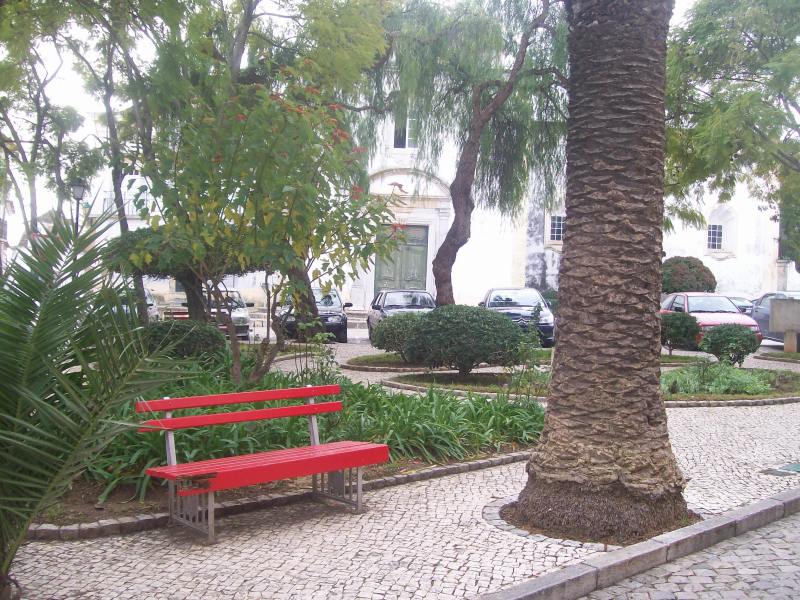 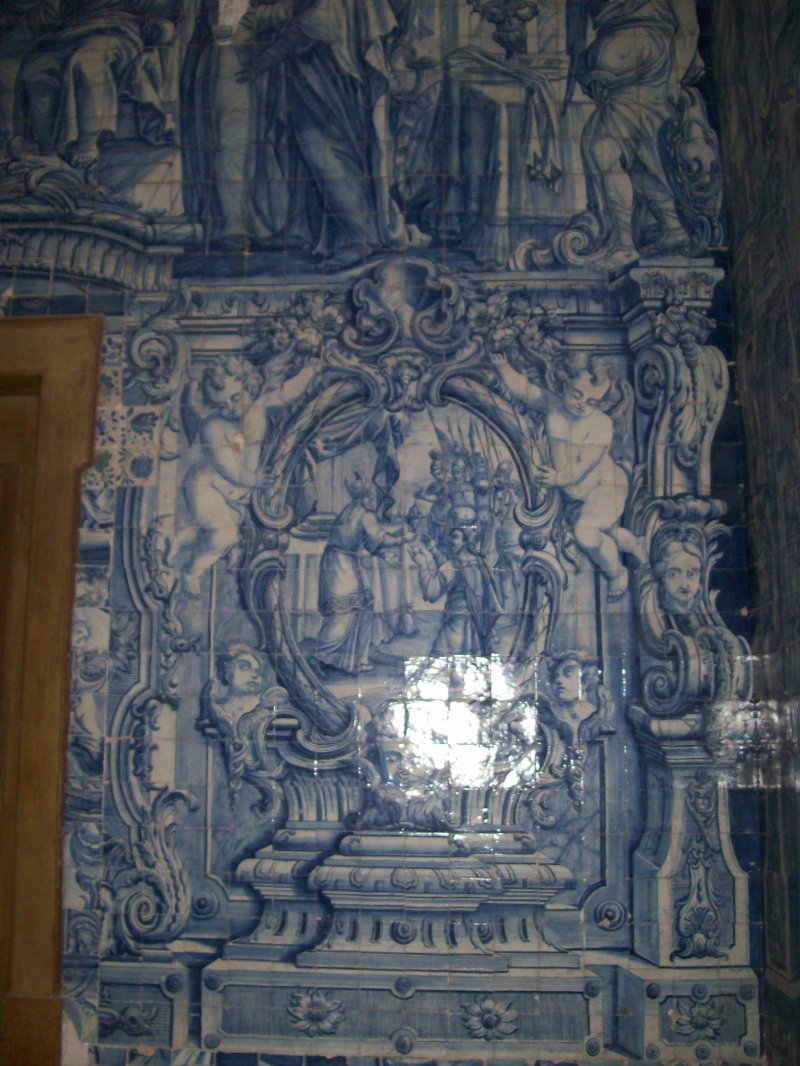 It is located up the hill just past the tourist office. Walk up the side of the church and then turn left and you will arrive at the13th century Igreja de Santa Maria do Castelo which is next to the castle. 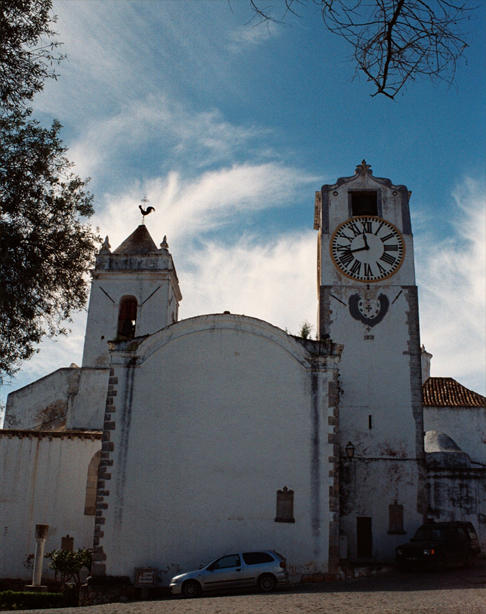 Santa Maria is famed for holding the tombs of the seven Christian knights of the Order of St. James who were killed by the Moors. There is also a plaque marking the tomb of  Paio Peres Correia (a master of the Order) although there is a church in Spain also said to hold the tomb! The 13th century castle, re-built by King Dinis from Moorish fortifications, gives fantastic views across Tavira from the walls. 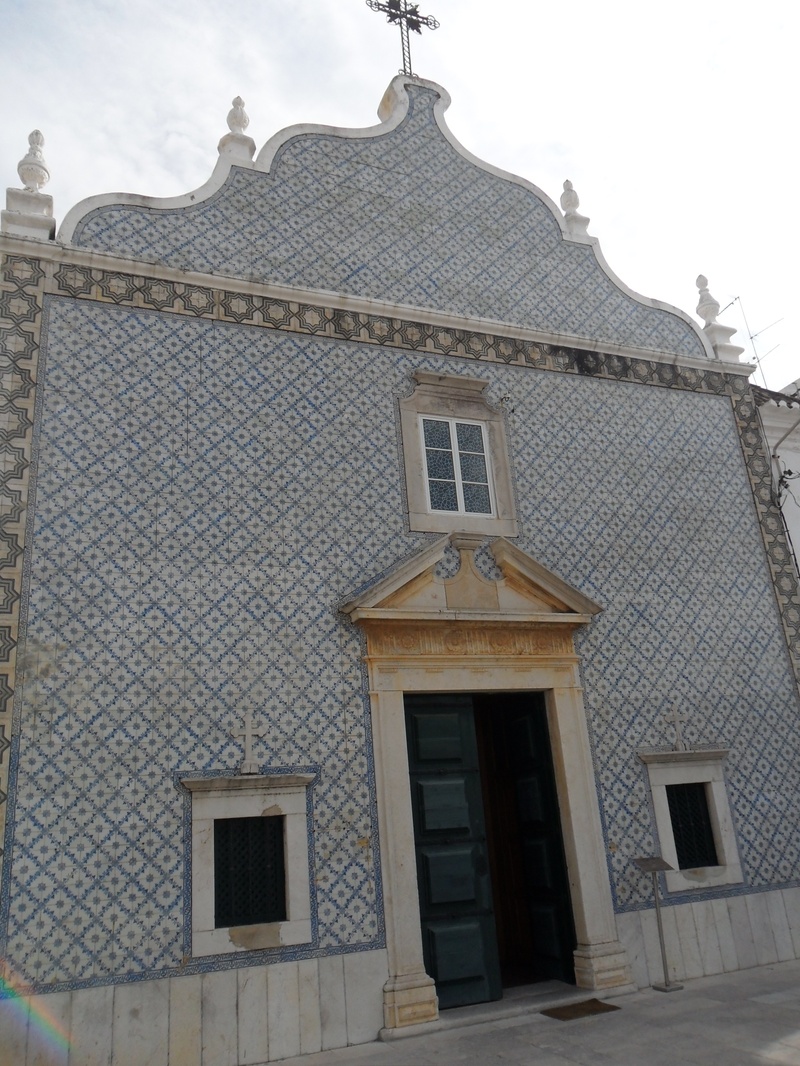 Churches in the Tavira area 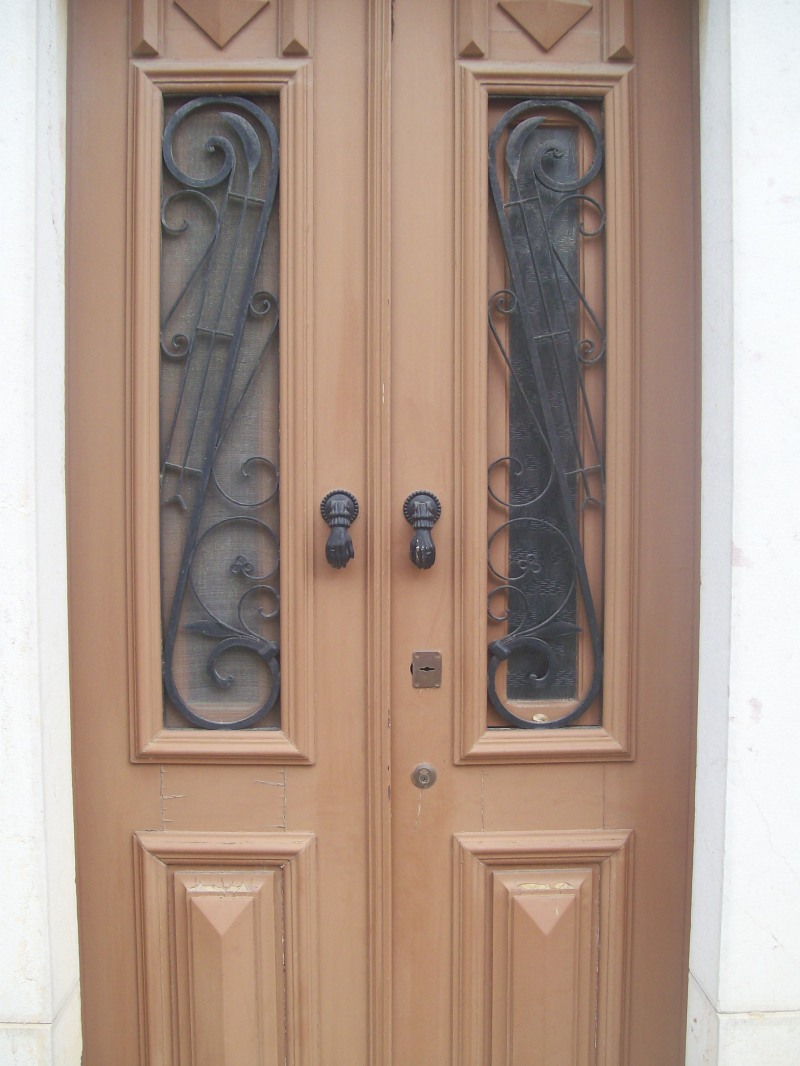 Galleries and Museums in Tavira

The Municipal Museum of Tavira is a polynuclear and interdisciplinary system, which translates into a dynamic, broad, structured interpretation of the network of heritage resources of the city and region. The system provides for continued research, valuation and dissemination of the ancient heritage and also the opening to the new artistic expressions of the contemporaneity. The Municipal Museum of Tavira / Galeria Palace features a program of temporary and medium-length exhibitions, access to the Phoenician structures and architectures of the Gallery Palace, to the museum centers of Cachopo, on the culture and ethnography of the Serra da Ermida de Santa Ana , with sacred art, the Expositive Nucleus of Water Supply. The remaining nuclei - Islamic and Phoenician - are in the design phase or work. The network are also part, the Attic Fishery Exhibition Center (Hotel Albacora) and the Center on the Almóada Quarter (Graça Convent). The Municipal Museum of Tavira, through the Educational Service, develops pedagogy and animation activities, education for heritage and arts, guided tours and specialized support to groups, in an inclusive perspective, familiarization and openness to different audiences. The Municipal Museum is part of the Portuguese Museum Network. 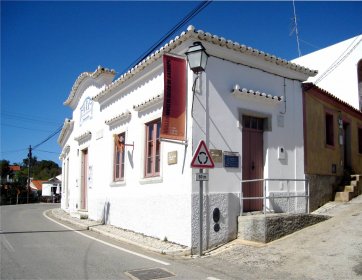 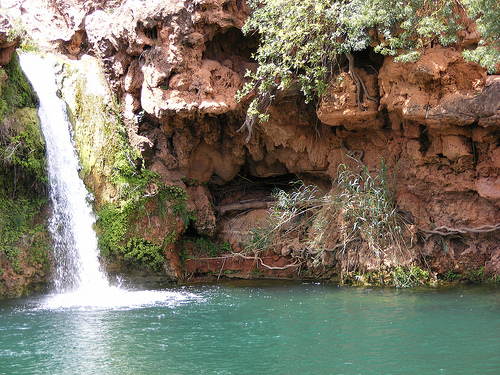 Judging by the comments in our visitors book Pego has proved to be a very popular place for people to visit and swim-with one family going there every day of their holiday! Their children loved swimming there and swinging from the rope into the pool.

"If I had to pick a favourite bit of the week it would be the Pool of Hell! We went there 5 times and are going again today.You can swing off the swing into the clear water" 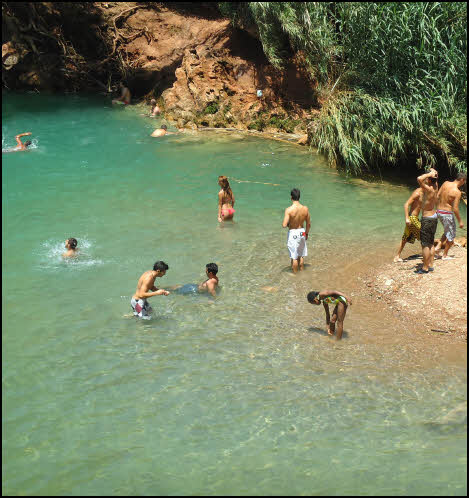 O Pego do Inferno" ("The Pool of Hell"): Pego do Inferno is in the parish of Santo Estevão, a few kilometres from Tavira. The name is quite ironic, considering that it is a beautiful turquoise-blue lagoon with a 5 metre cascading waterfall (an outlet for the River de Asseca). It is an area of great environmental wealth and is the perfect setting to relax, swim, take in the nature and even spot some of the local wildlife. The natural lagoon forms part of the National Ecological Reserve and is protected by a rocky crag and green trees and shrubs. The footpath is the best way to get to the waterfall; and there is the picnic area where you can stop and enjoy your packed lunch. Directions to Pego do Inferno:

Get on the EN397 from Tavira towards Cachopo and take a left turn, after approximately 7 km. Pego do Inferno is hidden behind the exotic vegetation, following a  walk down some hundred steps. Note: Don't forget some insect repellent and go early if you are going on a weekend day as it is popular with the locals. 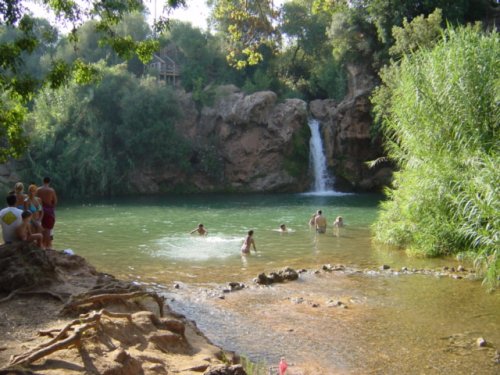 Across the river within walking distance of the apartment is a skate park for skateboards and rollerblades-so if you have kids with you this could be the place for them to have fun-there is a cafe so you could enjoy a drink while keeping an eye on them. 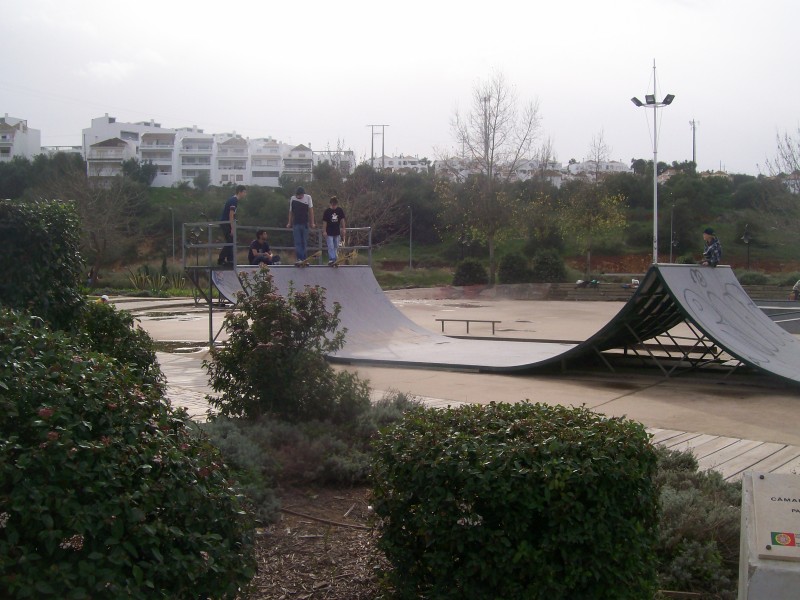 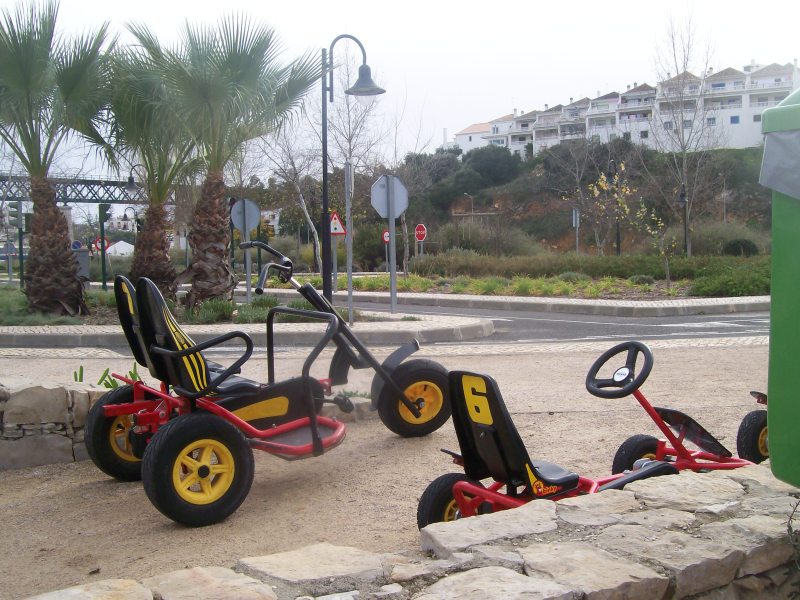 way to drive around complete with traffic lights,stop signs junctions and roundabouts. 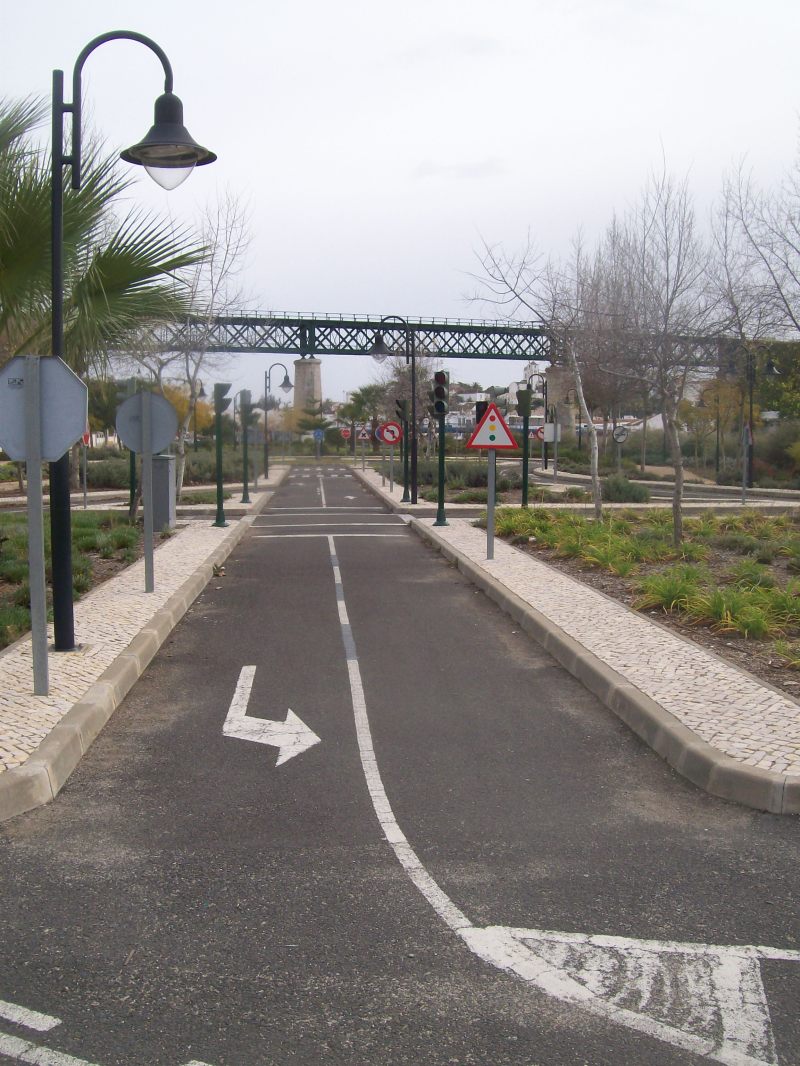